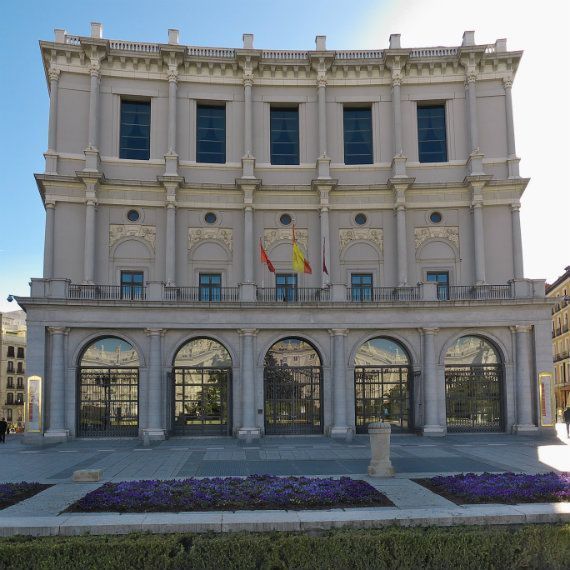 Theater plays in Madrid for June. Know the best theatrical works of the moment while you discover the history of the main theaters of Madrid.

If there is a word that has no place if you are touring Madrid is boredom. The city is full of cultural and leisure events that delight locals and visitors alike.

One of these activities that you can´t get lost if you visit the capital is the theatre. The quantity of plays that are represented in Madrid is amazing. And it is that the city in one of the most important national as for theatrical offer.

If you are passing through the city or you are going to visit soon, and you are also a lover of interpretation, don´t miss this post with the plays in Madrid that you can´t get lost.

5Plays for June in Madrid that you can´t miss

Madrid’s theatrical tradition has its roots in the history of the city. As a result of the intense cultural and artistic activity, Madrid has turned with the step of the decades seat of an important number of theatres.

Some of the most outstanding are:

The latter, inheritor of the former Theatre of the Prince or Corral of the Prince, was constructed in the 16th century. It is considered to be one of the most ancient theatrical lounges of Europe.

The theatres of Madrid receive every season the most notable representations of the scenic Spanish panorama. In them they have fitted all kinds of theatrical manifestations from the musical ones up to the monologues, happening for alternative plays.

Great actors and actresses have stepped on the tables of Madrid’s Theaters deep in the hearts of millions of spectators. And they keep doing it!

These are some of the most important representations of the capital, all of them are plays for June. Enjoy the good time in the theatre!

This is a fun written play and directed by Javier Ambrossi and Javier Calvo, and in that they appear television Susana Abaitua y Angy Fernandez.

The Call is a musical that has conquered more than 300,000 spectators, and it deals with the complex themes of friendship, faith and the first love to electro-Latin rhythm and songs of Whitney Houston. You can see it at the Teatro Lara from June 16 th to August 28th.

This monologue interpreted by the brilliant Nacho Sánchez makes a faithful portrait of the dehumanization. The actor gives life to the story of Ivan Mishukov, a little boy who was forced to live in the streets of post-Soviet Russia after leaving his destructured home.

A torrent of emotions will cross your body with this work that you can see in the Spanish Theatre until June 18th.

Another of those plays that are being performed in Madrid since June 9th is La Mentira. Truths and lies of conjugal life come to light throughout the performance in which act as well known faces as Carlos Hipólito or Natalia Millán. Without a doubt, one of those good plays for June at the Maravillas Theater in Madrid.

Until June 25th Lolita Flores and Luis Mottola give life to this passionate play, which has garnered excellent reviews among the public.

The comedy is served and seasoned by important doses of love and heartbreak. La Latina Theater Has been the chosen stage to give life to this work directed by Tamzin Townsend.

This one is one of these alternative plays that you can enjoy in Madrid. Piramo92*Tisbe_94, which life gives the company Bacalorio, is an adjustment to the generation «millennial» of the myth of Pyramus and Tisbe compiled by the Latin person Ovidio.

It is directed by young women Raquel Jaro and Claudia Caro. His youth and his desire are evident in this work that you can witness at El Montacargas Room  June 16, 17, 23 and 24.These are alone 5 plays that are represented in Madrid, but the offer continues. If you visit the capital, do not lose the opportunity to attend anyone of them.

You can put the cherry on your trip by staying in a luxury boutique hostel like Vitium, located in the heart of Gran Vía, the epicenter of Madrid’s theaters.

Because, What better to complete a day full of art and culture than staying in a luxury hotel located in a historic building in Madrid?