The best museums in madrid 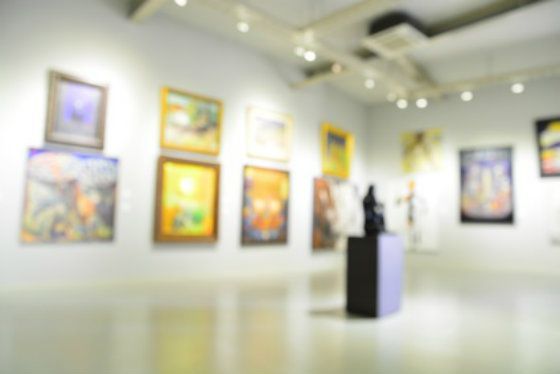 Contenidos ocultar
1 What are the best museums in Madrid? Find out!
2 The best museums of Madrid and its cultural offer
2.1 #1.The «Prado» Museum
2.2 #2.The»Reina Sofia» Museum
2.3 #3.The Thyssen-Bornemisza Museum

Would you like to do cultural tourism in the Capital? Then you can not miss the authentic temples of culture: we mean the museums. Today we want to talk about the artistic heritage that awaits you in the great museums of Madrid. Do not miss it!

What are the best museums in Madrid? Find out!

There are many types of tourism. Coastal, rural, business … And from all of them, cultural tourism is one of the most interesting. Visiting a city and be immersed in its intellectual heritage or its history is a great incentive for the mind. Culture makes us wiser. And if it’s about culture … Madrid has plenty of!

If you are thinking of doing some sightseeing in the capital, the best museums in Madrid are waiting for you with a unique cultural offer.

At Vitium we want to do a review of the 3 best museums of Madrid so you can decide if you will include them on your tourist route around the city. Will you join us?

The best  museums of Madrid and its cultural offer

They are the highly regarded ones, those with considerable international fame or those who have greater artistic heritage. In fact, they hardly need presentation.

The art gallery has received no less than 3 million visitors during 2016, in its own main facilities and in collections presented in other cities and abroad. A 12.5% more than in 2015. Only the exhibition in honor of the V Centenary of «El Bosco» has already received more than half a million visits.

The Prado National Museum was created as an architectural project destined to be home to the Cabinet of Natural Sciences during the reign of Carlos III. However, in the year 1819, it opened its doors as a National Museum for the exhibition of great works of painting and sculpture.

Considered by some historians as the most important art gallery of all Europe, the Prado possess some of the greatest collections of artists like Goya, Velázquez, the Bosco, the Greco, Tiziano or Rubens. It is also important to mention other artists, such as Rafael, Zurbarán or Murillo.

The best European artists from the 16th and 19th centuries have their place in the Prado.

The museum received the great amount of 3.6 million visits this past year, if you add those of its main facilities with those from the  Velázquez Palace and the Crystal Palace.

Famous for its permanent collection of contemporary works of art, the National Museum of Art Reina Sofía have some of the most representative works of the artistic avant-gardes of the 20th century.

Its  most emblematic work, which has become practically a symbol of the museum, is «El Guernica» by Pablo Picasso. A picture that has become a true symbol of the twentieth century, and reflects the anguish and suffering before the war.

Surrealism, Cubism, Futurism … The most outstanding currents of the avant-garde have their place in the Reina Sofía Museum with internationally renowned artists such as Salvador Dalí, René Magritte, Joan Miró, Juan Gris, Francis Bacon, Antonio Saura or Picasso himself.

A museum to fully penetrate the art, with all its greatness and complexity.

With a  smaller attendance but also very important, the Thyssen-Bornemisza Museum closed 2016 with more than one million visits.

The assets of this excellent museum comes from the private collection of Baron Hans Heinrich Thyssen-Bornemisza and his father, who started the collection in the 1920s.

Located in the Palace of «Villahermosa», the Thyssen, unlike the Prado and Reina Sofía, is a more varied museum. His works occupy a great number of schools, currents, style and times.

Works by painters such as Jan Van Eyck, Carpaccio, Dürer, Carvaggio, Rubens, Friedrich, Nonet, Gauguin, Van Gogh, Picasso, Dali and Kandinsky are available to the public at the Thyssen-Bornemisza Museum.

A very practical  museum to get a panoramic view of the history of art with its more representatives works.

The three museums are based in the  «Paseo del Prado», next to the «Retiro» Park. Not for nothing the area has been named Triangle of Art, due to the confluence of these three acclaimed sanctuaries devoted to the diffusion of art and its history.

And if you include the museums of Madrid in your tour, what better than to stay in a luxury boutique hostel?

The historic building where Vitium Urban Suites is located and its central location at the «Gran Vía» in Madrid make our hotel the perfect complement for a cultural tourism trip.

And if you are not alone, we have special offers for groups. Book now! We will wait for you.