The 7 best discos in Madrid 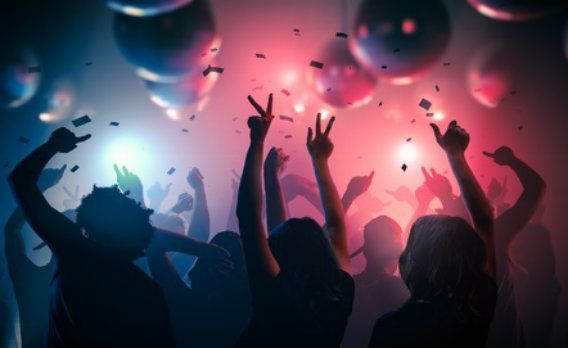 Do you travel with a group of friends to Madrid and want to go to discos? Do you prepare a bachelor or hen party and want to organize a route for the best dance places? Discover the best discos in Madrid, and do not stop dancing!

The best discos always were  in Madrid. At the end of the 70 were the anxieties of freedom in «Movida Madrileña»; In the 90s, the mass phenomenon known as «La Ruta».

Times in which to go out became an almost sacred ritual, and bars and discos acquired a great role as meeting places of young people (and those who are not so much).  And now…? Now there are discos for all tastes!

The capital has many areas with discos and night clubs for all type of people. At Vitium Urban Suites we have prepared a list of the best discos in Madrid. From the most sophisticated to the most alternatives. Whatever your preferences, you will find yours!

What are the best discos in Madrid?

Bigger, smaller, more select or more accessible … The ones we have chosen as the best discos in Madrid have something in common: they all have something that makes them unique, and that’s why they are pilgrimage centers during the weekends. Or even daily!

In their advertising they are announced as «The best disco in Madrid». Is it true? If you visit it you can judge by yourself. Sure it is among the seven best ones.
Gabana is characterized by its select environment. Attendees can meet there with the most popular celebrities of the moment, which is a great incentive for their most regular customers.

The musical styles are quite heterogeneous. In Gabana you can listen Pop, Reggaeton, or simply, what most sounds on the radio.

Do you imagine a disco in an old theater of the nineteenth century that still retains part of its structure and decoration …? Well, stop imagining! You have it in Joy Eslava.

In addition to its sessions on the dance floor, Joy Eslava also functions as a concert hall, offering fun for a wide audience.

The old Titanic nightclub, now Kapital, was also a theater and cinema time ago.
Seven levels consecrated to the party.

Another of the great discos in Madrid, with 23 years of history.  Two floors (Siroco Lounge and Siroco Club). Electronic music sessions with the best Dj’s. Concerts. Live radio programs …
Siroco is a benchmark in the electronic area, although it has other manifestations of music. An excellent choice for nightlife.
Address: 5, San Dimas street

This is the classic techno disco with large sessions of Dj’s.

Mondo Disko is one of the benchmarks for lovers of electronic music and discos in Madrid.
Everything you can ask a club. In addition, it is in the center of the city.

Café Berlin, is more a live music hall than a disco. But their clubbing sessions until 6.00 am are very appealing to the disco fans. Also, its dance floor, inspired by the 70’s.
The disco has changed its address, from Jacometrezo street to the Costanilla de los Angeles  street (only 80 meters from the previous address).
Soul, Funky, Rock, Electronic, Flamenco … No style is strange to this excellent live music club!
Address: 20 Costanilla de los Ángeles, street

An exclusive rock disco (dressed with something pop style)cannot be forgotten . ThunderCat Club is a classic rock bar with concerts by local bands, Dj’s on weekends, and the popular jam sessions on Thursdays, where anyone can take the stage and improvise for an audience that loves the alternative.

And to finalize a trip including a disco route, you can find in our boutique hostel, Vitium Urban Suites a first class lodging. We are in 61, Gran Vía.

If you are a group you can enjoy a special offer with the Group Rate.

Discover the nightlife of the discos in Madrid, and dance until you get enough!