The most beautiful streets of Madrid 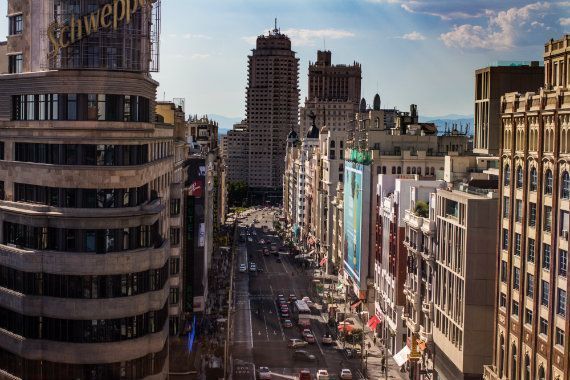 Madrid is a city full of culture, and with a great historical and artistic heritage. And that shows in its streets. Its avenues, its pedestrian areas, its parks and gardens …

And it’s that this city is to enjoy it by walking. We went through the capital without taking the car, walking by its most beautiful places, to discover the most beautiful streets of Madrid.

Would you like to join us? Streets that are among the best in Europe, full of history, moments, vitality, activities to do, and close to everything.

The streets of Madrid are very well valued, in our country and abroad. In fact, one of the routes through which we will cross our route is considered, by the New York Times, as one of the 12 best in Europe.

In this post we want to take a walk through these streets of Madrid that leave you ecstatic, and provide you with the perfect context to take a relaxing walk or stop to contemplate its beauty, forgetting about the rush and the daily comings and goings of the capital.

A walk through the most beautiful streets of Madrid

In Madrid there are many urban roads that stand out for their beauty. Unfortunately, we only have time on our walk to tour the main ones. But for that reason, we have chosen the most beautiful streets in Madrid, among the best. Come on, it’s around here!

Loaded with all the charm of the Barrio de las Letras, in Huertas it is possible to find that special charm that history gives you, and its past as the cultural epicenter of the country, to the city of Madrid, always combined with the modern air that its premises offer and tapas bars that appear all over the street.

It is an ideal place for tourists, who meanwhile are fascinated by the bronze texts engraved on the pavement, by authors who made their lives in these streets: Cervantes, Góngora, Quevedo or Bécquer.

Few are the locals of Madrid who have walked this street from its beginning in the Puerta del Sol until its end, on the access road to O’Donnell station. Its more than 10 kilometers in length make it the longest artery in Madrid, and it offers so many unexpected contrasts that the experience is exciting.

In addition to the Puerta del Sol, emblematic places of the city such as the Plaza de Toros de las Ventas, the Retiro Park, the Puerta de Alcalá or the Cibeles fountain, are some of the houses on this mythical street.

Each step evokes a story to be known, and over time the commercial and gastronomic activity, with restaurants and tapas bars, has grown in this artery that crosses the center of Madrid.

Anchored to a stately era of which it does not want to advance, the street Zurbano of Madrid has been considered, as we indicated at the beginning, by the New York Times, as one of the best urban roads in Europe.

So we can say, without fear of making mistakes, that we are facing one of the most beautiful streets of Madrid, and also of Spain, and of the European context in which we find ourselves.

Located in the neighborhood of Chamberí, it stands out for its historical character, with palaces and buildings full of history.

It houses places such as the Zurbano Palace (now the headquarters of the Ministry of Development), the palace of the Film Academy, the Palace of Santo Mauro, the Swedish embassy, ​​and the Palacio de Nerva, among other buildings of no lesser importance.

The Salamanca district is famous for the exclusivity of its streets. But if there is one that stands out among the others, that is Jorge Juan street.

Beyond the architectural elegance and the quantity of stores and places of international prestige, the gastronomic offer is what has given to the street Jorge Juan renown internationally. And if that were not enough, gastronomic wealth joins the cultural offer. Do not forget that there is the Nuevo Teatro Alcalá, at number 62.

In the Jorge Juan there is also the Palacio de Deportes.

And we finish our journey in a dynamic, bustling, cosmopolitan route … A street that has a life of its own. Since its construction in 1910 to avoid the crowding of cars and people in the center, has managed to position itself as the main artery of Madrid.

From the Calle de Alcalá to the Plaza de España, Gran Vía is nicknamed the «Madrid Broadway», due to the fact that the old cinemas in the area have been converted to accommodate the best musicals in the country.

Among its unique examples of architecture stand out, some of the most emblematic buildings of Madrid: Carrión and Metropolis, living history of the city.

And here ends our tour through the most beautiful streets of Madrid. We hope you enjoyed it. And since we are in the area, we invite you to our exclusive boutique-hostel, located here, in the heart of Gran Vía.

In Boutique hotel Vitium we offer you more than hotel accommodation: we offer you a unique experience, in a protected historical building of great architectural value.

If you are one of those who think that all hotel rooms are the same, it is because you still do not know our suites. Come with us and discover a new hotel concept!