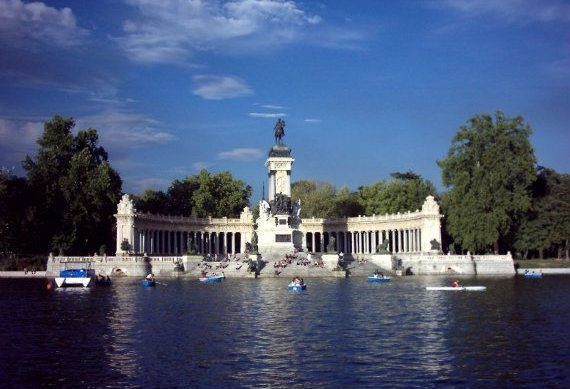 The Spanish capital is without a doubt a world reference. Different, cosmopolitan, urban, but at the same time pure and Castilian, it offers all kinds of nuances to the visitor and its own inhabitants. Part of this environment and atmosphere that wraps  Madrid and provides to  the city with a special charisma, it do his neighborhoods

As in other cities or even smaller municipalities, the neighborhoods of Madrid, so different from each other by their character, contribute to the whole of the city its own identity. Thus, Madrid and foreigners can check the variety of personalities that Madrid involves with a visit to their neighborhoods, and corroborate in this way that the capital of the peninsula never stops surprising

There are 21 districts in Madrid, but in total, it is composed of 119 districts. Streets in full boil offering different views of the city, but certainly some are a must see if you approach the capital. These are some of the enclaves that you cannot miss to soak up Madrid

It is located in the center of Madrid, within the district of Embajadores. It is considered the place of castiality manolo madrileño and its streets prove it. Be considered to be Lavapiés to the area understood between El Trastro, Tirso de Molina  and the Museum  Reina.

The mixture of ethnicities and cultures make this area a unique location. Among its streets you will find several theaters, good sample of the culture that offers; It is said that this is a neighborhood of theaters, with the fortune of sheltering the Valle-Inclán Theater, Barrio Theater, Casa Encendida, Sala Mirador or Jacob’s Ladder. All these spaces are well accompanied by a multitude of bookstores that contribute in great measure to breathe in a special way through Lavapiés. The remains of their corralas, of the 19th century, also have much to tell.

Also known as the Barrio de Maravillas, it was the icon of the mythical Movida Madrileña  in the 70´s and 80´s. It is bordered by Princesa, Gran Vía, Fuencarral, Carranza and Alberto Aguilera streets. In the heart of this neighborhood is the Plaza de Dos de Mayo, but others worth seeing are also in the area, such as the Plaza del Grial.

Its strategic location between the neighborhoods of Chueca and Argüelles, and the streets of its surroundings, impregnated it with life in the movement, and even today it breathes that atmosphere in its streets and stores. La movida madrileña left, but left a trail that translates into a very buoyant nightlife.

Bars, terraces and restaurants make you immerse yourself in Malasaña, with that cosmopolitan and alternative air; Because according to the locals themselves, they say that this is a visionary neighborhood, in which its passers-by anticipate trends. What is clear is that it is a neighborhood that combines the real with the modern, the classic with the vanguard.

One of the oldest and one of the most popular. The large number of tapas bars, tascas and restaurants that are concentrated in its streets and squares, make it one of the busiest areas of Madrid, and always with the best atmosphere.

La Latina  is synonymous of  weekend, and its two main streets, Cava Alta and Cava Baja – where the mythical Casa Lucio is located – are home to most of the locals. However, the gastronomy mixes with history and culture, as among its narrow streets and squares churches and basilicas are worth seeing, in addition to the Mercado de la Cebada, one of the biggest of Madrid  in Madrid. La Latina is, definitively, the merger between the traditional thing and the most popular and fashionable thing.

Neuralgic Center of Madrid, transport connection and core of the capital as far as transport is concerned. The heart of Madrid connects through its arteries to the periphery. In this area there is also the Complutense University. One of the obligatory visits EL Faro de Moncloa, for the views of Madrid that you can contemplate, similar to those that the Teleférico offers.

Emblematic and renowned, the Salamanca neighborhood is another of those areas of Madrid that stands out for its unique character and unique character. Delimited by the Paseo de la Castellana and the Retiro Park, this has always been considered high class. They say this is a neighborhood «where you walk slowly,» and tells a story on every corner.

It is known as the `Milla de Oro´, an enclave of all the world’s luxury shops, which also contributes to this being the quarter with the most expensive square meter in all of Spain.

The streets Serrano, Goya, Claudio Coello and Ortega y Gasset are nomenclatures known by all the locals and denote the level of these ways. But in addition to its luxury shops there are emblems of the city of Madrid that can not be missed, such as the Prado Museum, the Retiro Park, the Thyssen-Bornemisza Museum, the Royal Palace and even the Santiago Bernabeu Stadium.

A varied selection of neighborhoods that make Madrid, that immense puzzle formed by pieces very different from each other but which fit perfectly, and combined in any way, make of the city a place full of possibilities and places to travel and know in depth .