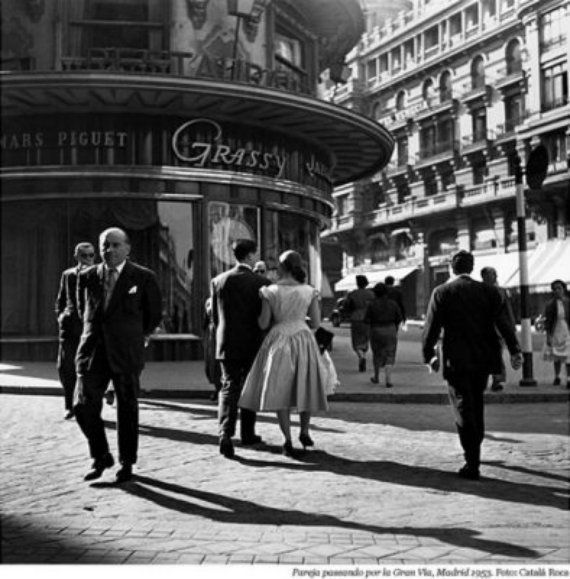 It is one of the main arteries of Madrid, responsible for offering entertainment and leisure to citizens. But also to dazzle tourists with their buildings, of great architectural value. We invite you to take a tour of the charming buildings in Gran Vía.

The history of the Gran Via in Madrid is still relatively recent. The one that is today one of the main streets of Madrid for tourists and passers-by has its origin in the century.
XIX.

Its construction began in 1910, although the project had already been conceived in century XIX. The city needed a road that connected the northwest of the city and center, and made its way through an amalgam of labyrinthine streets that entwined the historic quarter. The Count of Romanones, mayor of Madrid at the time, had already requested a feasibility study a couple of years before the end of the century.

Since then, the Gran Vía has been filled with monumental buildings and spectacular cinemas that earned it the nickname «Madrid Broadway». Today, most of the 13 cinemas that came to be in the Gran Vía have closed or have been converted into musical theaters.

Time passes through its busy sidewalks while its large buildings remain there, as immutable witnesses of history.
Charming buildings in Gran Via de Madrid.

The Gran Via in Madrid is the street of shops and shows, which never closes, which connects with everything. And also the one that has some of the most recognized buildings of the capital.

These are the charming buildings in Gran Vía.

What better way to start a list with the most representative buildings of the Gran Via than to start with the first? The Grassy building is located on Gran Via 1.
This imposing building was built in 1916 by Eladio Laredo, the most recognized Cantabrian architect during the 20th century. It was conceived to serve as luxury housing for the wealthy class of the time. Antonio López put it in one of his paintings.
Its name is due to the luxury jewelery Alexander Grassy, which served as establishment since the 50’s. It is still there.

We continue on the first stretch of street to stop at Gran Vía 10, one of the most fascinating buildings in the street. Seguros Estrella has two other buildings on the avenue, although the one that occupies us was the last to be built (1916-1921).

The ground where it was built already had a most fascinating history. A part of the land belonged to the Palace of Masserano, ambassador of Carlos III in Paris and London.

Victor Hugo spent his childhood here with Spain under the reign of Joseph I Bonaparte. Subsequently, the building became the headquarters of the Heraldo de Madrid, a mythical newspaper with one of the greatest runs of the time, circulating throughout the country.
After its demolition on the occasion of the construction of the Gran Vía, the architect Jerónimo Pedro Mathet Rodríguez built a monumental building, with offices in the lower floors and equipped with housing for the workers of Seguros Estrella.

It´s portico has three sculptures. Pandora with the box from which all the evils in the center came out, Vulcan and Aphrodite on the sides.

It is one of the most iconic buildings in Madrid. Built to house the company, then state, the Telephone Building was built between 1926 and 1929 and occupies the number 28 of the Gran Via.
Although the conquest of the skylines of the main capitals of the world has continued to beat records, at the time Telefónica Building was the first skyscraper built in Spain and one of the first in Europe.

Its 89.3 meters in length are due to the requirements of the communication technology that was used.
His great artistic and architectural value must be added the appeal of the luminous clock that crowns it, which has become a symbol of the capital.

We go to the third section of the Gran Vía, the Carrión´s Building, also known as Capitol´s Building. We talk about it in another post about the most emblematic buildings in Madrid.

Built between 1931 and 1933, the Carrión´s Building houses three enormous rooms with a capacity of 1,300 people serving as an armchair for the old Capitol Cinemas, very important in Madrid life.

The building has an architectural style known as Art Decó, the greatest exponent of the artistic avant-garde between 1920 and 1939. Its greatest exponent in architecture worldwide is the famous Chrysler´s Building in New York. The Carrión´s Building, although humbly, was a milestone in the architecture of the time because of its technical innovations; hosted the first centralized refrigeration system in Madrid.

And to finish, if you allow us to add a bit of vanity to this tour of all kinds of charming buildings, we would recommend you the location where Vitium, our luxury boutique hostel is located.
IT´s a protected historic building of great architectural value we welcome every day to all types of tourists and travelers who wish to stay on the Gran Vía and enjoy its bustling activity.

Vitium is located on the 5th floor of the building, with 12 exclusive and comfortable rooms, most of them with privileged views, through their balconies and windows, on Gran Vía, from where you can contemplate every trace of their history.
And if the exterior of the building dazzles you, inside our luxury suites you will fall in love. At Vitium we do not want to offer you accommodation, but a different experience.
If you travel to Madrid and want to stay in the heart of the city, we are waiting for you in Gran Vía 61. In Vitium Urban Suites you will always find a warm welcome. We will wait for you!