Changing of the guard in the royal palace 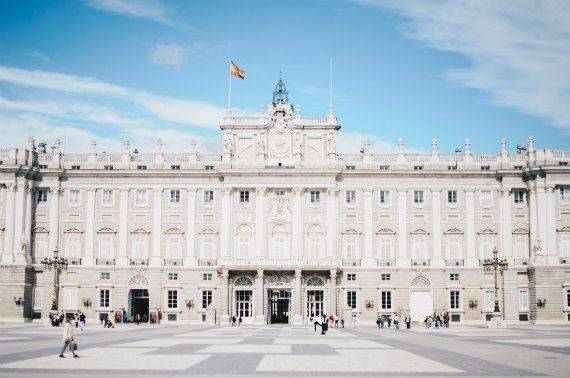 Contenidos ocultar
1 The Solemn Relay of the Royal Guard
1.1 The changing of the guard at the Prince’s Gate of the Royal Palace

If you are a lover of history, Madrid will conquer you. The city houses beautiful architectural and artistic treasures, silent witnesses of the avatars of time.

One of these monuments is the Royal Palace, located in the Oriente Square. This architectural marvel was built in the 18th century by the mandate of the monarch Felipe V and receives more than one million tourists each year.

The Royal Palace of Madrid is a must if you decide to travel to Madrid. And if, in addition, you do it the first Wednesday of the month, you will have the fortune to see one of the most colorful and solemn spectacles of the capital: the change of guard in the Royal Palace.

In this post we will give you all the keys so you can enjoy the emblematic change of the guard to the maximum. You will witness a bit of the military history of our country!

The Solemn Relay of the Royal Guard

The change of guard in the most imposing Royal Palace is the one that takes place the first Wednesday of every month at 12 in the morning except for the months of January, August and September; and as long as official acts and the weather allow it.

This event is known as the Solemn Relay of the Royal Guard. It is the living memory of the old change of guard in and out of the Royal Palace that was carried out for more than 50 years, specifically during the reigns of Alfonso XII (1874-1885) and, his son, Alfonso XIII (1886-1931) .

It should be said that the origin of the Royal Guard has its roots in the fifteenth century, being one of the oldest bodies in Europe.

In the act participate around 400 people dressed in the uniform of the time, as well as a hundred horses. With these figures you can get an idea of the theatricality of the event.

This show, totally free and for all ages, takes place in the Armería Square of the palace, which is accessed by the Santiago Door (from Bailén Street). It is there, in the Armeria Square, where the stand is installed, which you must arrive in time if you want to take a seat.

You can also witness the changing of the guard at the Royal Palace from the staircase at the foot of the Almudena Cathedral.

The representation lasts about an hour. You will be able to witness solemn military routines like the step of the incoming guard magazine in the Oriente Square while the outgoing wait in the Armeria Square. Another very interesting moment is the parade of the incoming guard, as well as the request of the Chief Commanders to the Colonel of the Royal Guard to start the relay.

Both the sentinels on horseback and on foot are relieved, as well as the artillery posts with their curious cars. The Music Band of the Royal Guard puts the culmination of the act with the interpretation of the military marches.

If you’re fascinated by military history do not dismiss the Royal Palace without seeing the Royal Armory, located on the west side of the square that gives its name.

The Solemn Relay in the palace of the Oriente Square isn´t the only change of guard you can witness. If you haven´t had the luck that your visit to Madrid coincides with the first Wednesday of each month, don´t worry.

Every Wednesday (as long as it doesn´t coincide with the first of the month reserved for the Solemn Relay) and Saturday you can attend a more modest, but equally showy: the change of guard at the Royal Palace, specifically at the Price Gate

In the act involved two sentinels on horseback and two on foot, who take over the baton every 30 minutes. You can watch the changing of the guard from 11 in the morning until 14 in the afternoon. But take note if you want to see the show in summer because the schedule is different. From June 17 to September 15 the change takes place from 10 to 12 in the morning.

As you can see, Madrid has nothing to envy to London because it has a change of guard in the Royal Palace just as exciting.

Had you heard before this act? You have no excuse to lose it. Finish your trip with a stay in our luxury Boutique Hostel and turn your visit into an unforgettable event. We will wait for you!