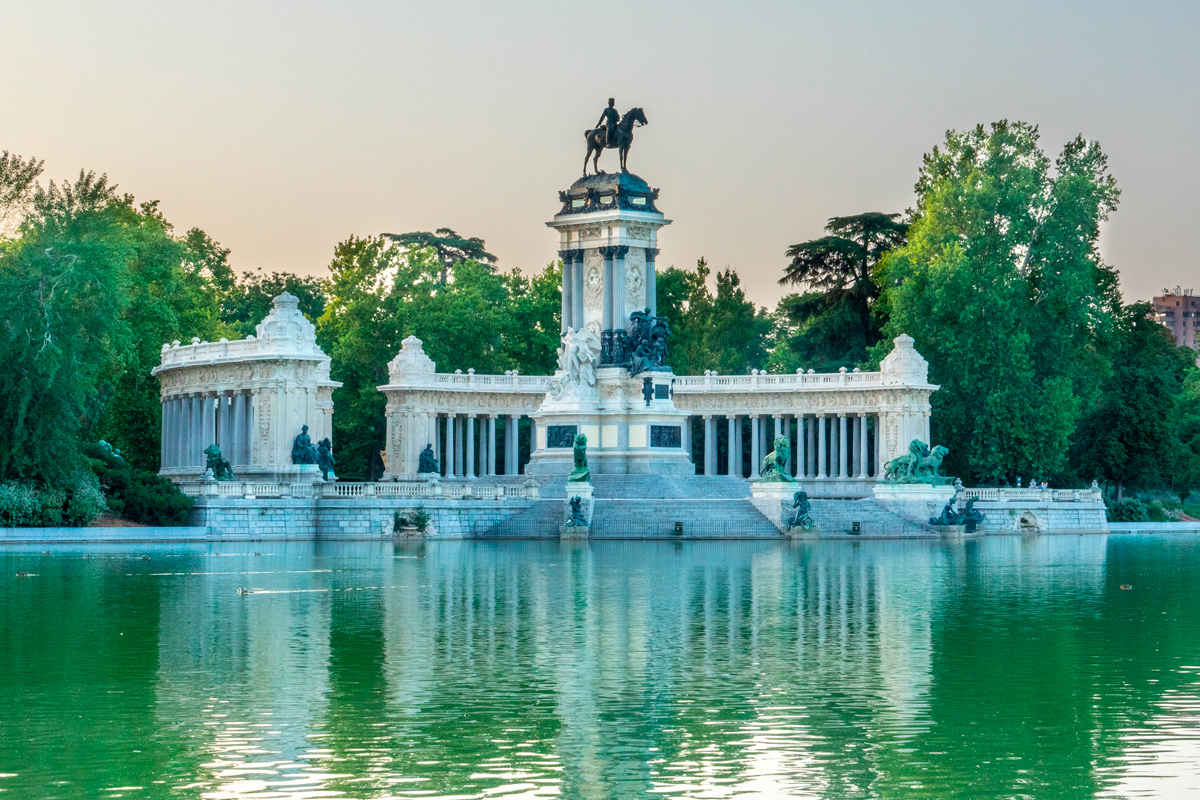 The Retiro Park is known for being the lungs of Madrid, although it is not the only one, as there are many other large parks, such as Casa de Campo, Parque del Oeste or Madrid Río, among others.

What should not be doubted is that the Retiro is the most famous park in Madrid, since, thanks to its location in the centre of the capital, it allows the varied citizen activity and is undoubtedly the object of visit of most of the tourism. It is a large park, with an extension of 125 hectares and with more than 15,000 trees of all kinds of species.

This park, which was built almost four centuries ago, is made up of numerous pathways that run along its entire length. Inside, there are ornate squares that distribute these paths, where you can also find different sculptures and monuments dedicated to illustrious personalities, historical fountains, and small and large ponds. Also, within the park you will find some sports facilities, such as tennis and pádel, and several terraces where you can sit down to have a drink and enjoy the surrounding environment.

The history of the Retiro Park dates back to the 17th century. It was then when the Count-Duke of Olivares, Felipe IV’s favourite, created a space for the recreation of the king and his court around the Jerónimos, which was the former retreat of the kings of the House of Austria. A large palace was built, which has now disappeared, as well as other buildings that are still standing today, such as the Casón del Buen Retiro and the Salón de Reinos (until a few years ago it was the Museo del Ejército and is now assigned to the Museo del Prado).

At the same time the gardens were built, including the Estanque Grande and the Estanque de las Campanillas. Over the years, changes were made and after the Revolution of 1868, the grounds were opened to the public on a permanent basis until the present day.

Firstly, a characteristic feature of the Retiro Park is the well-known monument to Alfonso XII. It is located in the Estanque, which would not be the same without it. Photos of the pond become postcards when taken from the west side, facing the full grandeur of the monument with the mirror of water at its feet. 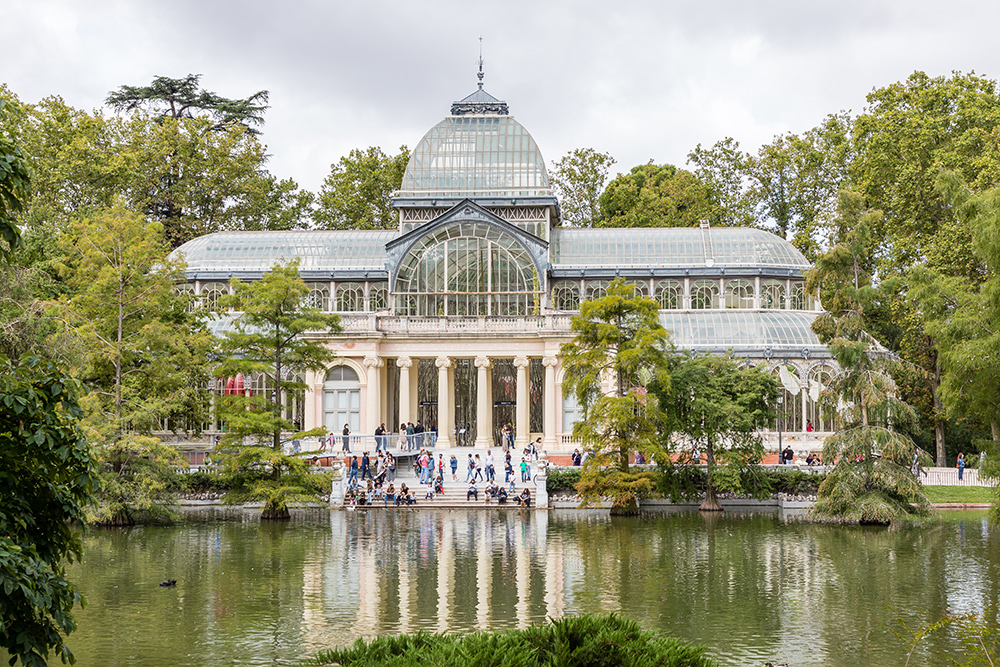 Who has never visited the wonderful Palacio de Cristal? It is an iron and glass construction built in 1887 and is now used for exhibitions. The most impressive thing about the Palacio de Cristal, more than its peculiar architecture, is its integration with the spectacular surroundings of trees, paths and water.

Like the Palacio de Cristal, it houses temporary exhibitions of the Museo Reina Sofía. The building’s façade is made up of striking bricks and tiles belonging to the Real Fábrica de la Moncloa, and is characterised by the large number of arches on its façades. The palace is named not after the famous 17th-century painter but after its architect, Ricardo Velázquez Bosco, who also built the Palacio de Cristal.

This is a garden of almost one hectare in which you can find different varieties of flowers, and is undoubtedly one of the park’s greatest attractions. There are more than 5,000 rose bushes and each one has a sign explaining the origin of the flower. We recommend you visit it in spring, as this is the time when the plants begin to bloom.

Previous Post
El Rastro: the most important street market in Madrid
Next Post
Tips for traveling to Madrid in summer