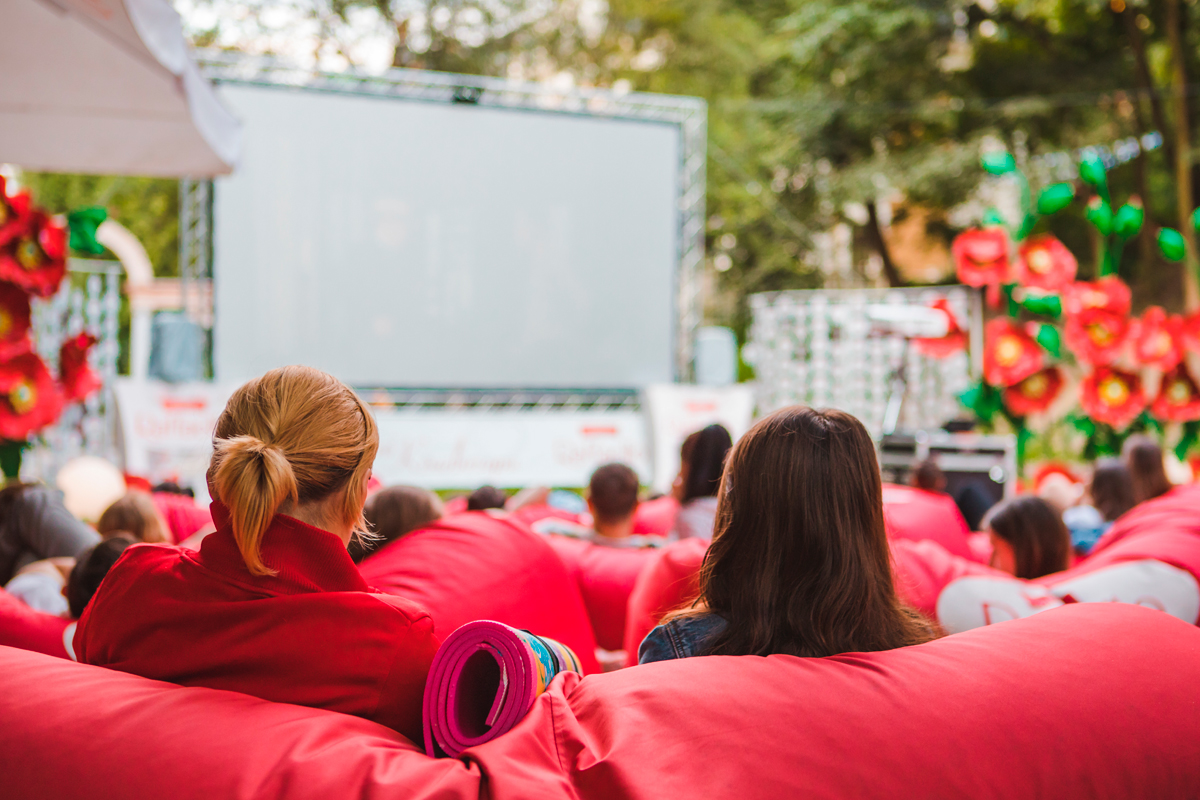 We do not have to spend the hot nights of Madrid locked up, here in the capital there is always an alternative to have fun.

And what better way to spend a summer night than watching a good movie in an open-air cinema in Madrid, which also has plenty of options.

Today we leave you some of these Summer Cinema options.

Very close to our Vitium Urban Suites and for the first time this year, like the renovated Plaza España, we have La Estival, which is the name of a long-term event that brings together cinema, theater , music or gastronomy, and which is in operation from July 29 to September 10, with a variety of films between classics and premieres, some of which will be accompanied by a live soundtrack.

There are 850 seats equipped with wireless headphones that allow us not to inconvenience or be inconvenienced and to be able to listen to movies in English or Spanish, with a cost from 10 euros.

Where to find it: Plaza de España

In Parque de la Bombilla, we find the 38th edition of the Outdoor Film Festival (Fescinal), also until September 10, this year it has the plan to reproduce more than one hundred titles, with the possibility of viewing the best cinema, in addition to have other activities such as talks with directors and actors of Spanish cinema. Tickets have a price of 5.50 euros.

The Crystal Gallery of the Palacio de Cibeles oversees hosting the cycle that began on July 1 and will end on September 8, you can also enjoy special events with an art exhibition and a restaurant space. On Saturdays they will be aimed at a family audience and therefore the films will be screened in a dubbed version. Tickets are from 6.5 euros.

Where to find it: 1 Plaza de Cibeles

Once again, the Reina Sofia Museum develops its special film cycle in the Sabatini building garden, between nature and sculptures, every Friday and Saturday at 10 p.m. from July 8 to September 3, this year they leave the theme clear only with the title: The world is the scene: musicals! Admission is free.

Where to find it:  52 Santa Isabel Street

On the terrace of La Casa Encendida, this year it hosts the summer cinema on the Magnetic Terrace, which is every Saturday in July and August, with a proposal that is always alternative and with a young spirit that also includes concerts of different styles. Tickets have a price of 4 euros.

Where to find it: 2 Ronda de Valencia Street

Well, you already know if your passion is cinema and in summer you must visit Madrid for a few days, these different options from the classics to the premieres of the cinema you can enjoy them outdoors in Madrid in squares, terraces or parks.

Do not forget our summer offers to stay at Vitium Urban Suites.

What are you waiting for to book?

Previous Post
Come to la Verbena of “las Fiestas de la Paloma” in Madrid August 2022
Next Post
Plaza España, one of the biggest squares in all of Madrid