7 touristic places in Madrid that will fascinate you 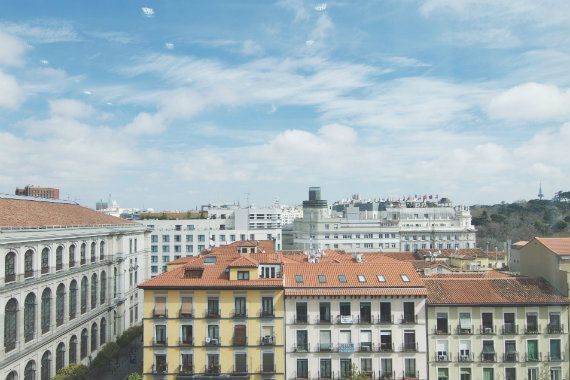 Thinking about visiting Madrid? Would you like to visit the main touristic points of the capital? If you want to know what to visit if you are traveling to the city, you are in the right place!

Today we will talk about the seven touristic places of Madrid that will make you fall inevitably in love.

The city keeps authentic treasures for a tourist eager for experiences. There are endless alternative routes, unexplore and hidden places that do not appear in the guides. In fact, we have already talked about that other type of touristic itineraries at other times.

But there are some touristic sites that you must know if you are coming to Madrid. Because, can you imagine traveling to Paris and not visiting the Eiffel Tower? Go to London and not stopping at the Big Ben? It is inconceivable, isn´t? Well, the same happens with the great monuments of Madrid.

The seven touristic places of Madrid that you can´t miss

To choose only seven touristic places in Madrid has not been really easy! And that´s because the city has a great artistic, architectural and cultural heritage. On the other hand, we wanted to make a list that you can include in your itinerary, if you are going to visit Madrid, hopefully we have achieved it!

Probably the meeting point par excellence for the people of Madrid. In this well-known square you can see the clock of the post office, the statue of the bear and the arbutus or step on the kilometer zero, starting point of the radial roads in Spain..

No more than 500 meters away you may find the Thyssen Bornemisza Museum, in Madrid Triangle of Art, where you can also find the next stop on our tour through the seven most fascinating touristic attractions of the city.

During last year, the most well-known Spanish picture gallery in the world received more than 2,800,000 visitors.

Among the universal painters you can find in El Prado, there are painters as Goya, El Bosco, Velázquez and Picasso … With works by these painting geniuses, the importance of the museum hardly merits justification, because we are speaking about one of the best museums of Madrid and of all Europe.

Opposite Puerta de Alcalá is Puerta de la Independencia, main entrance to the green heart of the city of Madrid: The Gardens of Buen Retiro Park.

In its 120 hectares dedicated to its more than 15,000 trees you can find truly magical corners. A navigable pond, the famous Crystal Palace or La Rosaleda make Retiro Park not only the main lung of the capital, but also a place worth visiting, at the level of Champs-Elysees Gardens in Paris or Central Park in New York.

Its construction began in the 19th century on the site that occupied a small late medieval church. It is the only Spanish cathedral consecrated by a pope (by John Paul II, in 1993).

A spectacular cathedral that leaves no one indifferent, from the most faithful to the least fervent.

And if we tell you that Madrid has an Egyptian temple built 2,200 years ago? Would you believe it? Well, in fact, it’s true!

It is a gift that Egypt made to Spain in the 60s. In addition to the aura of mystery that surrounds the temple, located next to Paseo del Pintor Rosales, we have to mention the spectacular views of Madrid that you can enjoy every sunset from this point.

In the neighborhood of Argüelles, very close to Temple of Debod, you may find Plaza de España, one of the largest and most majestic squares of the country. In the center of the square the monument to Miguel de Cervantes, on the occasion of the third centenary of the publication of the second part of Don Quixote (1915), dominates the entire space. Around it, a small pond and some landscaped spaces configured the square.

Surrounding Plaza de España there are some of the tallest and most architecturally valuable buildings in Madrid: Torre de Madrid and Edificio España.

From Plaza de España we can go up Gran Vía, main arterial avenue of Madrid. But his role in the city is much more than that. Gran Vía has some of the most characteristic buildings of the city, such as the mythical buildings Metropolis, Telefónica or Carrión.

It is also the street where the traditional cinemas and theaters of Madrid were located, consecrated today to the best musicals.

In addition to being one of the touristic places in Madrid, capable of making anyone fall in love, it is also the location of our luxury boutique hotel.

In fact Vitium Urban Suites, located at number 61 of Gran Vía, is the ideal place for finding the glamorous and comfortable accommodation that every touristic route deserves.

Book your suite in Vitium, we are waiting for you!